The company's mission is to support customers in achieving positive change by matching innovative strategies for hardware, software, and processes that support their current activities while preparing for future growth and proactively minimizing vulnerabilities. As a trusted vendor for many state and federal agencies, Rylex is proud of their record in delivering exceptional technical solutions.

Rylex was recognized by the SBA Utah District Office as the Small Business Contractor of the Year for 2017. 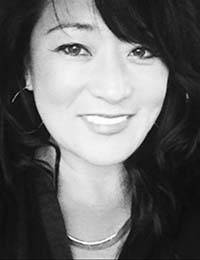 Tamara began her professional career in 1990 working as a mortgage loan processor for First Security Bank while attending BYU. At FSB she specialized in FHA new residential construction loans, learning the ins and outs of federal lending regulations and banking compliance. Her work in mortgage and residential development led to a successful career as a senior commercial loan officer specializing in multi-million-dollar development lending. She worked for Richards Woodbury and pioneered their in-house pilot lending program, Wardley Financial. Along the way she decided to learn about escrow and title in order to fully understand the real estate and lending industry. She worked for Realty Title managing their Davis County office and served as an escrow agent. Her lending and title experience was key preparation for her ownership of Rylex.

In 1991 Tamara reapplied for "sponsorship" of Ly's immediate family members living in their native Vietnam. This time the applications were approved and she and her husband of one year sponsored the immigration of all seven of his immediate family to the United States, where they continue to reside as naturalized U.S. citizens. Tamara cofounded Rylex with her husband Ly in 2004 after he came to her with an "idea and a dream." She embraced this new challenge of creating a company from nothing by writing articles of organization, creating bylaws, licensing, and filing. She immersed herself in research and began learning everything possible about the success and management of a profitable business.

In 2007 she wrote and submitted the application for the SBA 8(a) Small Disadvantaged Business Program. In 2008 she created the proposal for a GSA schedule 70 contract, which is ongoing. In 2012 Tamara wrote and created a joint venture with their JV partner, which has been approved by the SBA.

As with all small-business owners, Tamara continues to wear multiple hats at Rylex, where she has been the proposal writer/manager, project manager, HR manager, business developer, compliance officer, the entire accounting department, and much more. Today her primary roles are president/CFO and facility security/compliance officer. Her management style is to hire skilled professionals and then stand down, giving them freedom to do what they do best. Her confidence in others' abilities allows them the flexibility to explore solutions and create the outstanding results that customers and employees expect from Rylex.

Tamara believes the key to success in life are rooted in gratitude. Her commitment to "leave every person and situation in better shape than she found them" is echoed by the Rylex project managers and team leads and evident by their excellent examples and service to their customers and fellow employees. She is active within several professional organizations and enjoys mentoring other women. She has taught kickboxing, martial arts, and multiple youth fitness programs. She is a second-degree black belt in Shin-Toshi, Moo Duk Kwan. She and Ly have two children, Ryan and Alexa.

Prior to co-founding Rylex, Ly spent the previous 18 years in computer and office supply sales. He developed a reputation during these many years as a hero, often "saving the day" with his personal service. He is a master at building and maintaining relationships, and is well known for his integrity and dedication.

Ly's life epitomizes the classic, inspiring American immigrant story. He escaped his native country, Vietnam, in the early 1970s. He was a child refugee, commonly referred to as a "boat person," who was lucky enough to obtain passage on an Panamanian cargo ship as it traveled through Malaysia. As a 12-year-old alone in a foreign country, Ly survived by working hard, staying true to his word, and by sharing his enthusiasm for life and his love for those around him. These values are deeply rooted in his management style and evident in Rylex's corporate environment.

Ly is a true American patriot—proud to the core, grateful for his American citizenship, and committed to his role as a quality provider of goods and services that support the Department of Defense and the federal government. Ly actively participates with the Boy Scouts of America and with his church and community, where he is often found helping neighbors and friends with various projects. He is an avid racquetball player, an occasional golfer, and loyal sports enthusiast.

And in his spare time he likes to shoot guns, play with his grandchildren, take long walks on the beach, and visit Disneyland as often as possible because everyday is Magical. His secret to a long lasting, blissful 29 year marriage - is making his wife breakfast in bed every morning. He is a great friend, neighbor and enjoys helping people. He's also a part time marriage therapist...during the day. 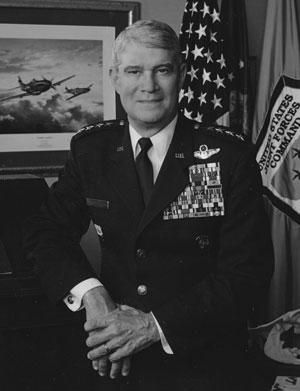 General Smith served as the commander, U.S. Joint Forces Command, and NATO supreme allied commander for transformation from November 2005 to November 2007. He retired from the Air Force in 2008 after 38 years in the U.S. military.

As commander, U.S. Joint Forces Command, General Smith was one of the nation's nine combatant commanders reporting directly to the secretary of defense and the president. He led more than 1.19 million service members, civil servants, contract employees, and consultants providing combat resources and training to America's war efforts around the world. As supreme allied commander, transformation, he worked to train NATO's military forces and transform their structures, capabilities, and doctrine to improve military effectiveness of the Alliance, most recently focused on the fight in Afghanistan. Prior to this job, General Smith was the deputy commander of U.S. Central Command, responsible for overseeing U.S. activities in the Middle East, Horn of Africa, and Southwest Asia, including Iraq, Pakistan, and Afghanistan.

A native of Virginia and a graduate of Virginia Tech with a bachelor's degree in business management, General Smith received his commission as a second lieutenant in the U.S. Air Force in 1970. He also earned a master's degree from Central Michigan University and attended the Air Command and Staff College, the Army War College, and the Advanced Executive Program at Northwestern University.

He has more than 13 years in command during war and peace, ranging from commanding two USAF fighter wings and two composite expeditionary wings in the Middle East to service as the 7th Air Force commander and air component commander for all allied air forces in South Korea. General Smith also was the commander/president of the USAF Air War College, the NATO School in Oberammergau, Germany, and the Air Force Doctrine Center.

As a command pilot, General Smith has more than 3,000 flight hours in a wide variety of fighter aircraft and flew more than 150 combat missions in Vietnam, Laos, Iraq, and Afghanistan. In Vietnam, he assisted in the pickup and recovery of over 15 downed airmen as an A-1 Skyraider "Sandy" pilot. He earned 3 Silver Stars, 3 Distinguished Flying Crosses, 10 Air Medals, and the Purple Heart in combat.

Other significant achievements include: Responsible for the first women to undergo pilot training in the U.S. Air Force, oversaw initial training and indoctrination for the first Eastern Bloc officers to work with NATO militaries after the fall of the Berlin Wall, pioneered the modern Air Expeditionary Force concept that resulted in the current structure of the U.S. Air Force.

General Smith currently serves on the executive committee of the Virginia Tech Alumni Association, the executive board of the North Carolina Military Foundation, and board of directors for Rylex Consulting.

Douglas' background includes over 25 years in sales and marketing with 10 years in government and corporate IT sales with MicronPC. His roles with MicronPC included sales manager, Air Force account executive, and federal channel account executive. His tenure in the government IT marketplace was marked with success as part of the MicronPC Government team developing and executing strategic sales and marketing plans, including his contribution to MicronPC's fulfillment of the Air Force Desktop 5 and IT-BPA contracts.

In 2006 he founded Risingline, a marketing and web development company, which he currently manages. Risingline provides consulting, marketing, design, project management services, and IT support to corporate and midsize clients throughout the U.S.

I would like to take this time to personally thank you for providing me with a very outstanding team of courseware developers/instructors. They are talented in their field and professionals in their response to our Commodities Maintenance Group's needs....Our success is directly related to their flexibility, positive attitudes and their pursuit in maintaining the highest standards.”
Lee K.—MXG Training Manager